Note that both DEMs are image collections, rather than a single image as can seen here for the Australia DEM (black patches): 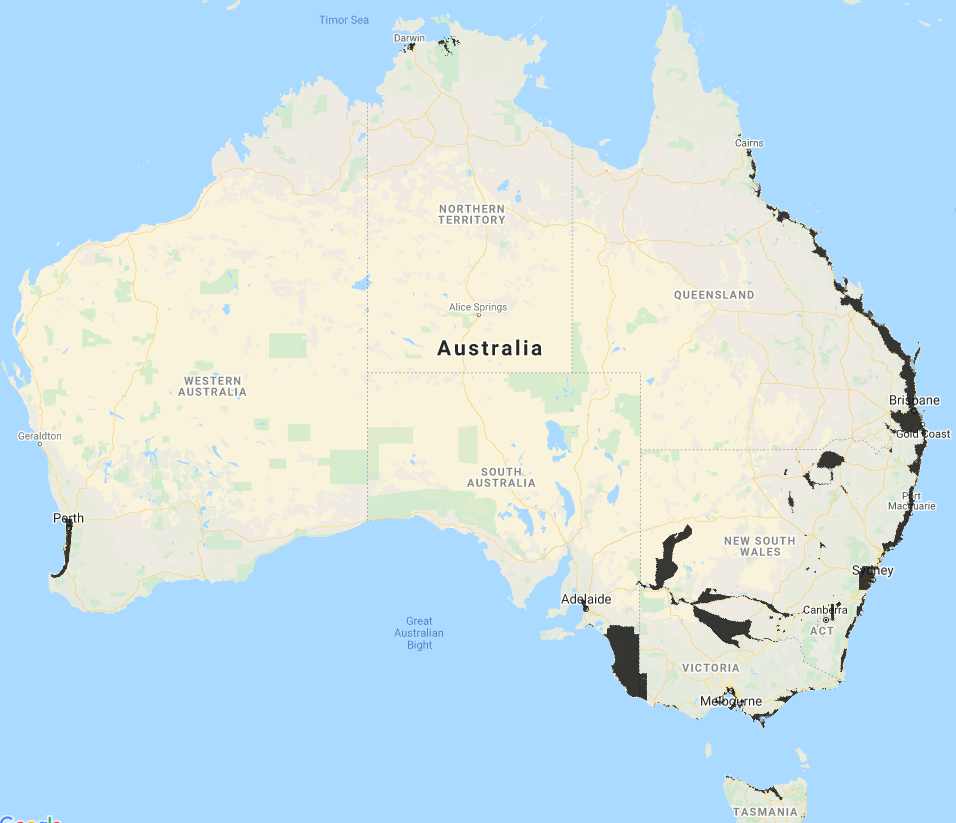 Zoomed into an urban area. As Lidar cannot image water surfaces, these areas will always be set to NaN and will be omitted from the terrain model. 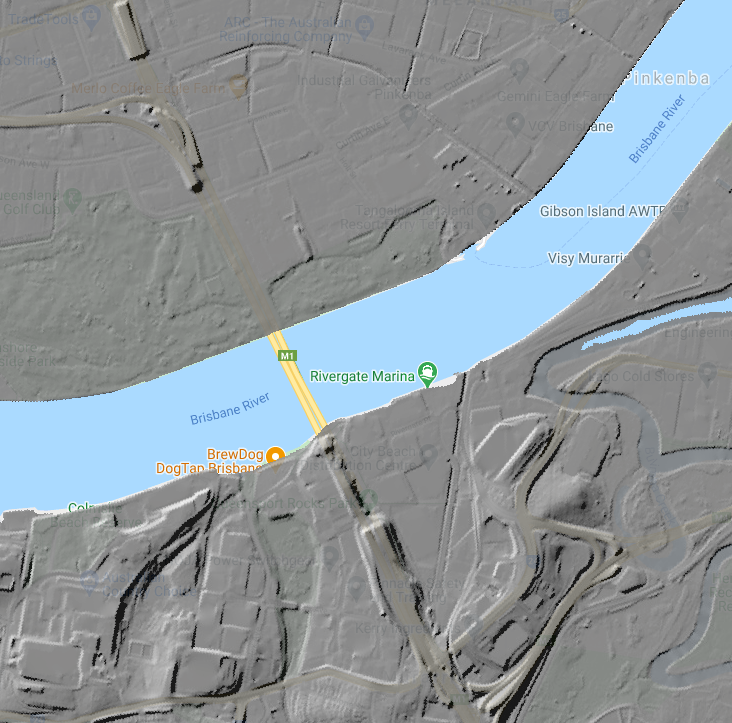 Even at "only" 5 m resolution, it still shows some nice details! 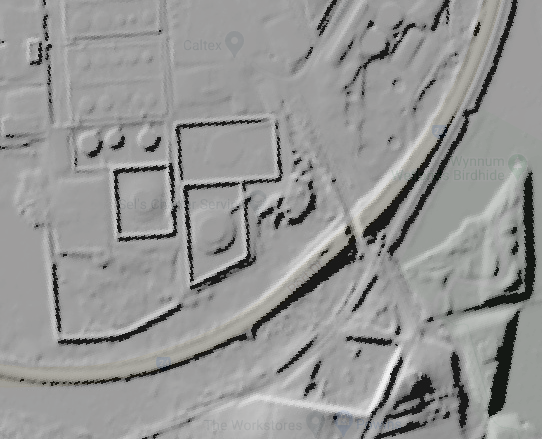 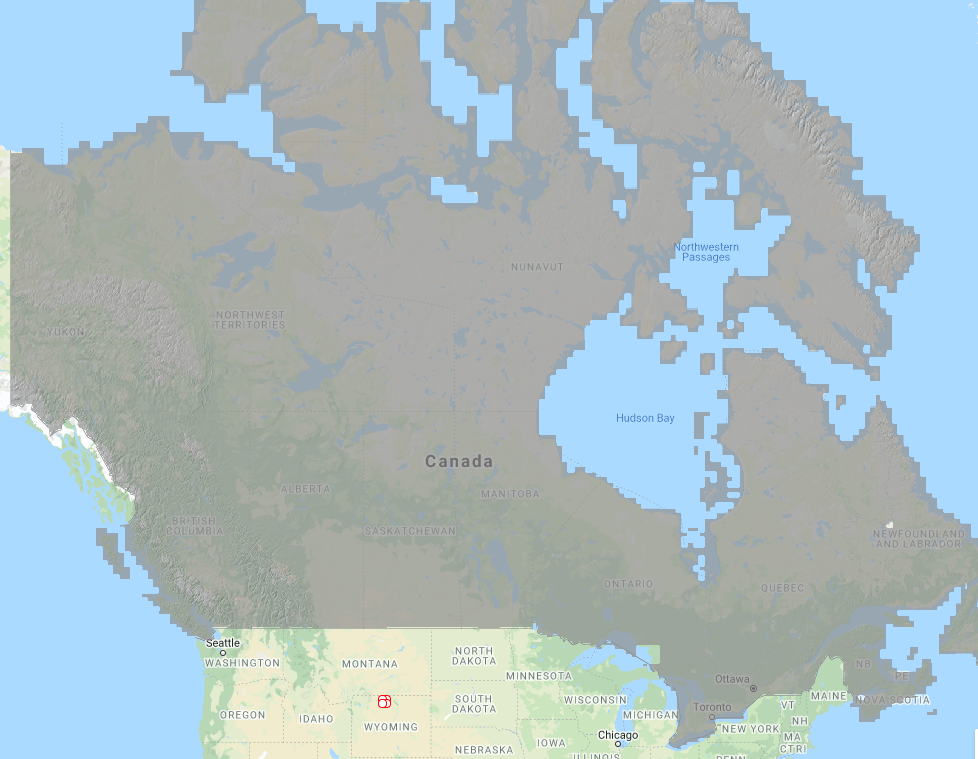 Posted by Chris Harding at 3:15 PM